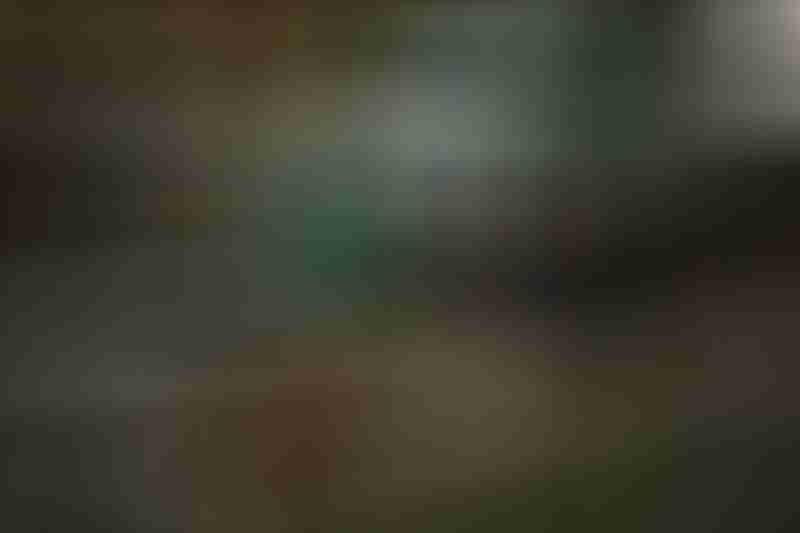 His company, Viridi Parente, makes lithium ion battery systems for construction equipment like excavators, allowing the machines to run on electricity instead of diesel fuel.

A companion version of the battery systems provides a source of stored energy that homes and businesses can draw from.

Williams, the chairman and CEO, has pursued these ideas for years, but his company recently raised nearly $100 million from investors to accelerate its growth plans.

He stepped away from leading the demolition and construction business he founded to devote more time to Viridi Parente. And he has assembled a leadership team that includes a former National Grid executive and a former General Motors engine plant manager.

Viridi Parente is ramping up production at a time when auto manufacturers are putting more emphasis on electric-powered vehicles to cut down on harmful emissions.

And the company has a solid financial base. Viridi Parente raised $95 million in a recent round led by Tom Golisano, the billionaire former owner of the Buffalo Sabres. The financial commitments came from past investors such as Golisano, but also from new investors.

“It’s a validation both from strategic partners and the existing investors that they have a lot of confidence and belief in what we’re doing,” Williams said. “I think this is something that would typically happen in Silicon Valley or in the Boston, Mass., area, or in an area that is more centered on tech.”

Instead, it is happening in an industrial complex on East Delavan Avenue. The site was once home to American Axle & Manufacturing and, before that, General Motors.

Williams said the new infusion of funding will allow Viridi Parente to make the leap from “innovation to scale” and crank up production. The company plans to build a “couple thousand” of its battery systems this year, and then ramp that up to 10,000 to 20,000 units in 2023, he said.

Williams said he wants to bring that same renewable energy focus to other applications, such as construction equipment and energy consumed in homes and businesses.

It won’t be easy. The company will have to establish itself against competitors in an emerging industry. Tesla, for instance, already makes battery systems for homeowners – and even utilities – to store electricity from sources as small as rooftop solar panels to much larger solar farms.

Viridi Parente also will face plenty of established competitors in the construction vehicle market. Big engine makers, from Cummins to Deutz and Volvo Penta, are working on electric models. Construction vehicle makers, such as Volvo and Komatsu, have launched their own battery-electric commercial products.

But if Viridi Parente succeeds, Williams pictures lifting up the impoverished East Side neighborhood where the renovated plant sits with jobs for residents who live nearby.

“If we can prove you can do it in these areas, it should create a new basis for other companies to look at urban manufacturing as a way to take it to the next level in development,” he said.

Viridi Parente puts its technology to work in two formats. Its portable “Green Machine” systems are for applications such as construction equipment and light towers, while its stationary “Volta” systems are for uses such as homes, businesses, universities and research facilities.

The company has partnered with Doosan Bobcat to produce construction equipment with battery packs that spare workers the noise and emissions that come from diesel-powered machines.

The company is also partnering with Garia, a Danish manufacturer, to develop utility vehicles for the U.S. market using the battery technology.

Williams also sees broad potential for its Volta systems to manage energy uses and costs in a variety of stationary settings.

The Hauptman-Woodward Medical Research Institute is preparing to install Viridi Parente’s technology to support its cryo-electron microscope. Viridi Parente’s system will draw electricity from the grid at off-peak times, when demand and costs are lower. During higher-use times, the microscope can draw from stored power, providing a vital, reliable source of energy.

The same concepts apply to Viridi Parente’s technology inside a home. The battery packs store electricity that customers can tap into when needed, Williams said. As a result, homeowners can power more appliances using electricity, rather than natural gas.

The storage systems protect homeowners from power disruptions and allow homeowners to save on energy costs by tapping into stored energy at times of day when rates for electricity on the grid are higher, Williams said.

“When you put energy storage where the energy is being used, you really transform the way we rely and depend on energy, and you make it completely resilient,” he said. “That’s what we’ve really been building.”

Viridi Parente partnered with KULR Technology Group to marry KULR’s safety technology with its own battery architecture. The combination will make the system safe for indoor use and durable enough for outdoor settings, Williams said.

Williams believes adoption of the Volta systems will start with large-scale users and flow down to smaller users such as households. Customers will acquire the systems through leases.

The initial customers will have “an absolute need, and they understand the technology,” Williams said. “As you start to turn those leases, the packs become more affordable and the economic case is much easier to make. If the technology does what we say it’s going to do, it’s going to grow exponentially as we move out.”

Williams expects to see a slew of competitors making technology similar to what Viridi Parente is producing, which he sees as a positive development.

The potential market is so big, he says, there’s room for plenty of competitors.

“To have a significant impact in this space, it’s probably going to take at least 50 to 100 companies like us to get to scale,” he said.

Williams said there is a wide variety of equipment capable of being powered by electricity in the construction industry. And the producers range from makers of small, niche vehicles, all the way up to giant manufacturers such as Caterpillar.

“The more companies that get in, the more visibility the technology gets, and I think that only helps everyone,” he said.

New investors in Viridi Parente include National Grid’s investment arm, National Grid Partners, and the Ashtead Group, the owner of Sunbelt Rentals, a powerhouse in the rental equipment industry.

National Grid Partners said its investment was between $5 million and $10 million, but wouldn’t be more specific. Lisa Lambert, president and founder of National Grid Partners, said while electric-powered consumer cars and trucks have gained momentum, “there’s not been nearly enough focus on industrial vehicles, which create significant amounts of greenhouse gases.”

By working with Viridi Parente, Sunbelt Rentals said it sees opportunities to bring more products to the market that its customers can use to meet their carbon-reduction commitments.

Golisano said the latest funding round for Viridi Parente “should not only help satisfy near-term demand, but set the company up for longer-term growth.”

Viridi Parente – the name is Latin for “green parent” – has about 70 employees, and plans to increase that number to about 100 by May. The company does not disclose its annual revenues.

Viridi Parente is renovating more space inside the American Axle complex, and by June, expects to occupy nearly 250,000 square feet on the campus.

“I would think that number will grow significantly in the next 12 to 18 months,” Williams said.

He wouldn’t make a long-term job growth projection, but expects the company to create a “tremendous number” of new jobs over the next two to two and a half years.

And Williams wants nearby residents to directly benefit from new jobs created at the plant.

Be a part of the future of energy.